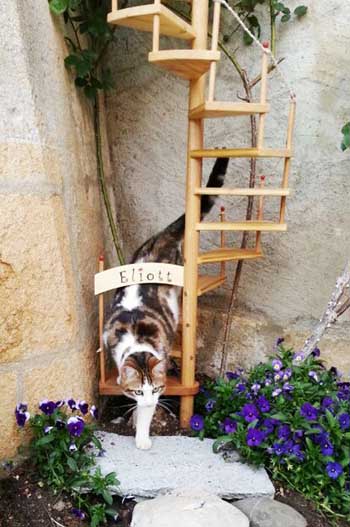 In the spring of 2014, Jan Reymond and his girlfriend Delphine André were preparing for their beach vacation. But they had an important question: what to do with their cat, Eliott, during their 2-week absence ? They loved their furry friend very much and couldn’t imagine putting him into a cattery or leaving him shut in at home. There was only one solution: invent a system that would allow Eliott to come and go as he pleased from their apartment on the first floor of a beautiful old village house.

Jan is a particularly sensitive and artistic woodworker. It was therefore impossible for him to just set a board against the facade of his house, a solution technically impossible in any case. Suddenly he had an idea: a spiral staircase, an elegant and discreet shape that would fit in well with the building in question. «I wanted to create something that would both fit in and create dreams and surprise», says its creator.

The first Eliott’s Ladder came into being after several days of meticulous work, but it was only when Jan set it against the facade of the house that he realised he had created a real work of art that local inhabitants and visitors came to admire as Eliott went up and down the stairs of the ladder before their curious and astonished eyes ! Probably encouraged by all the attention, the cat rapidly became comfortable with this surprising object and even started to act like a star, showing off at the top or bottom of the ladder and enjoying all the petting. One wonders if he even noticed that his people had left on holidays? 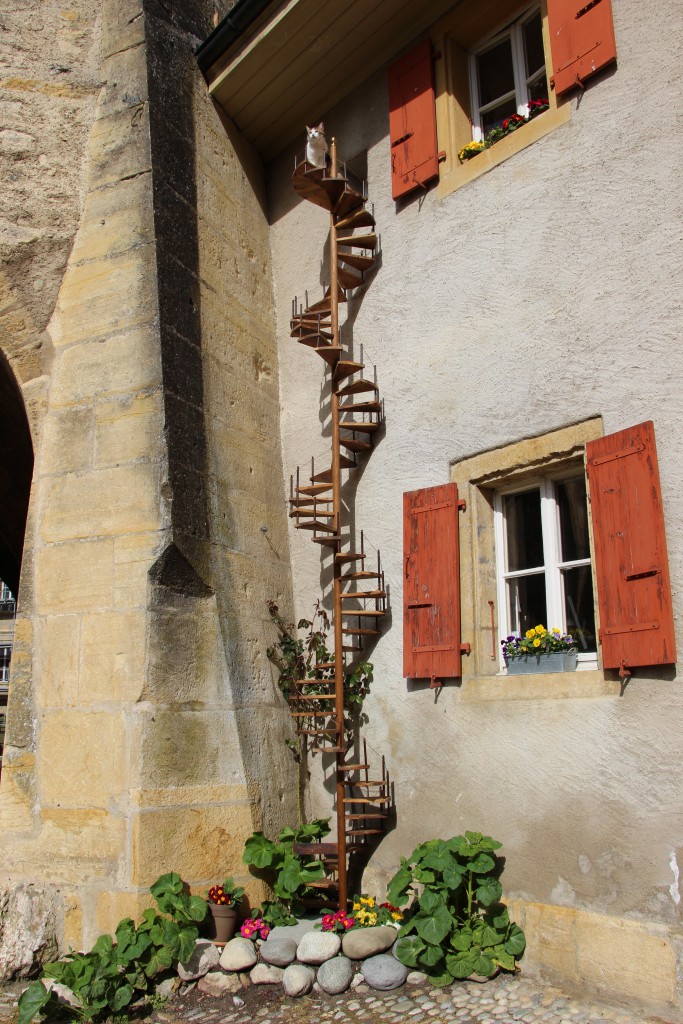 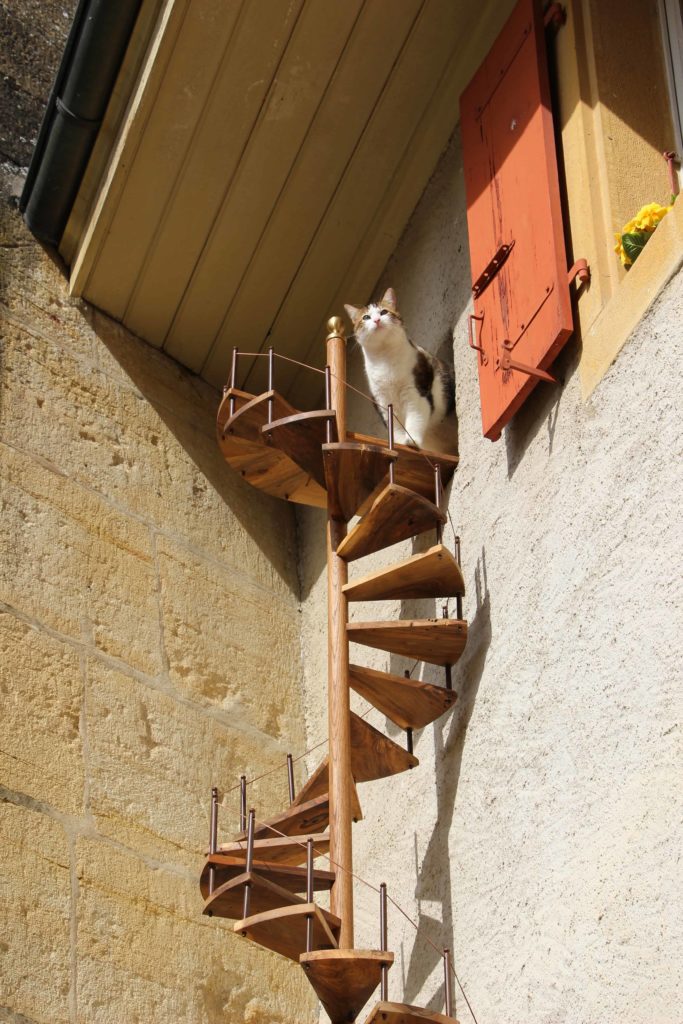 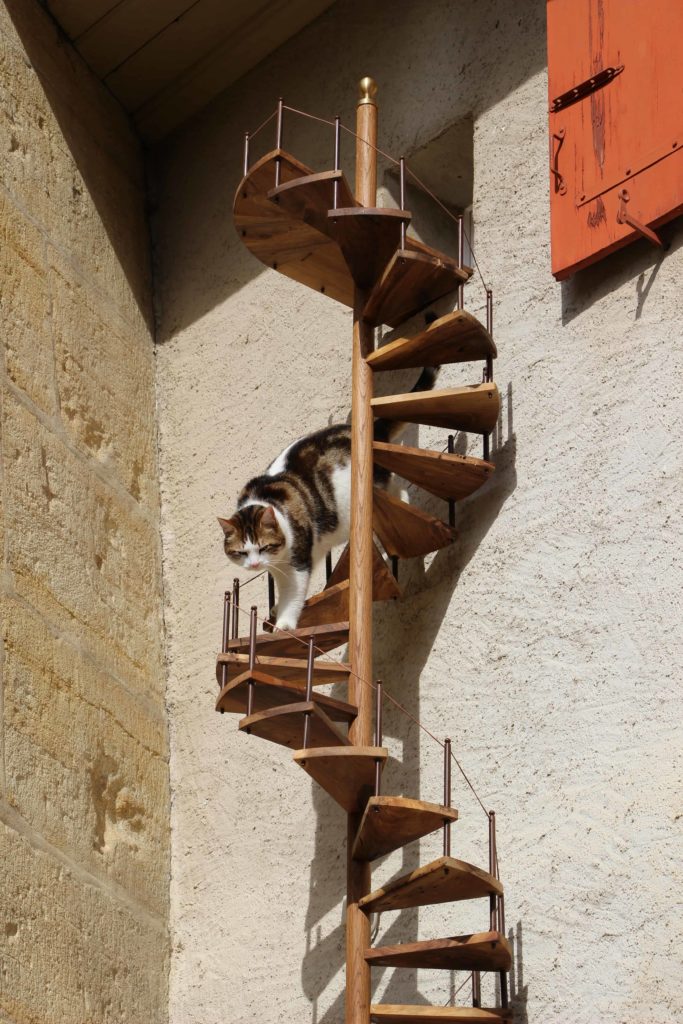 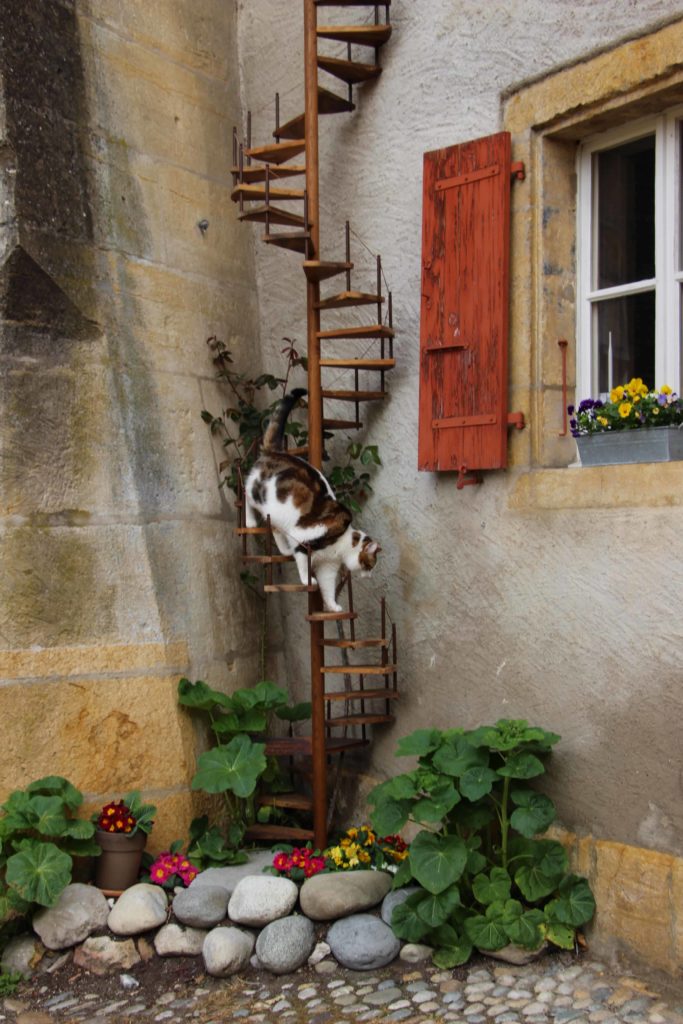 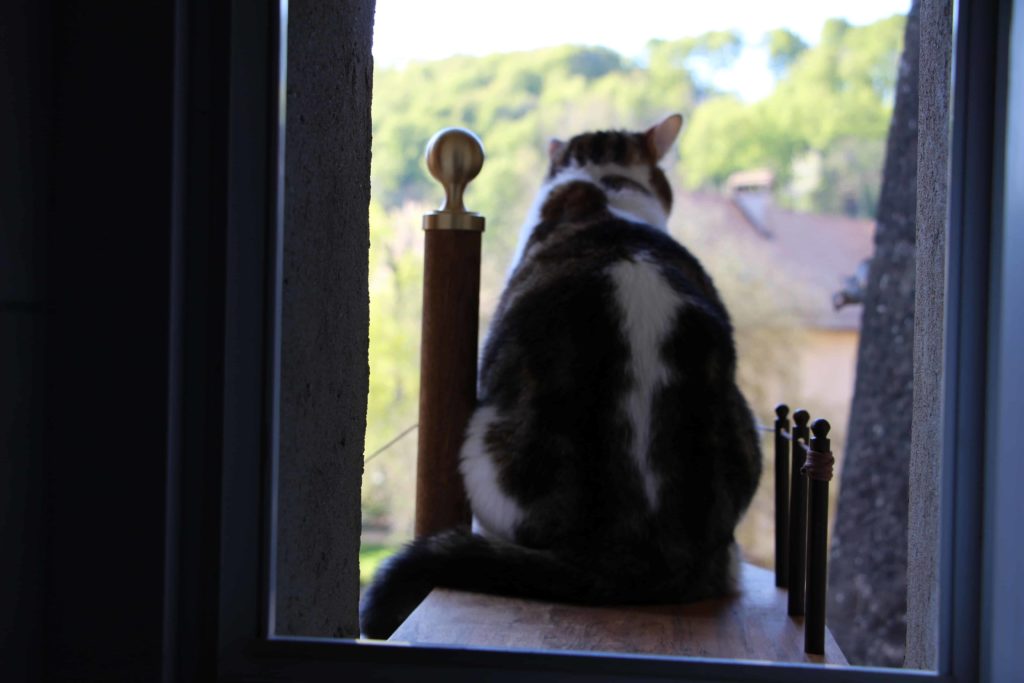 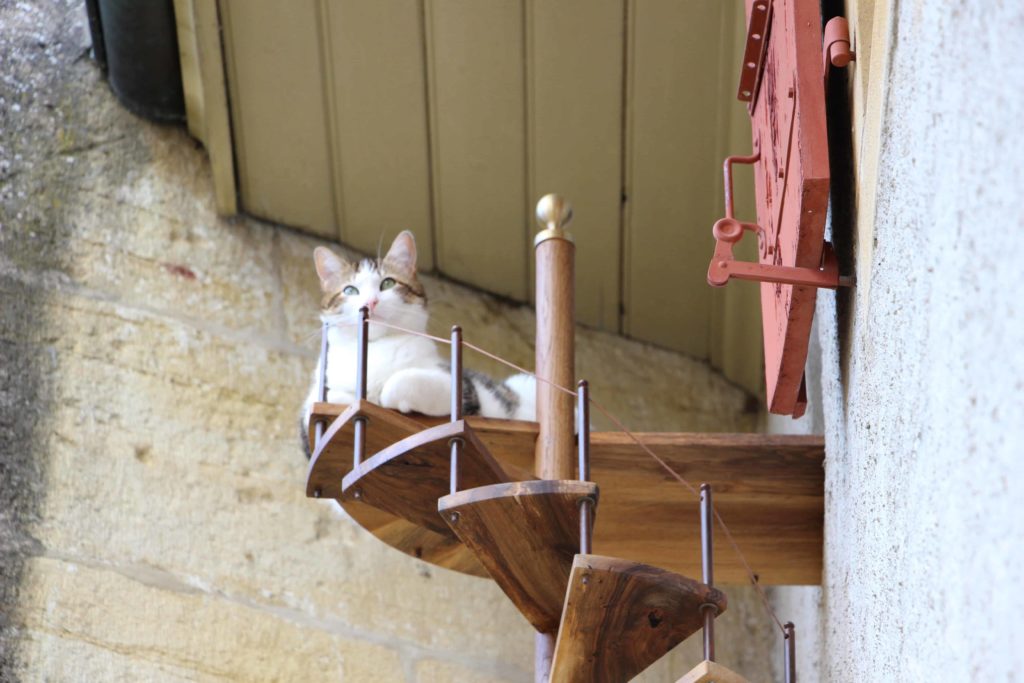 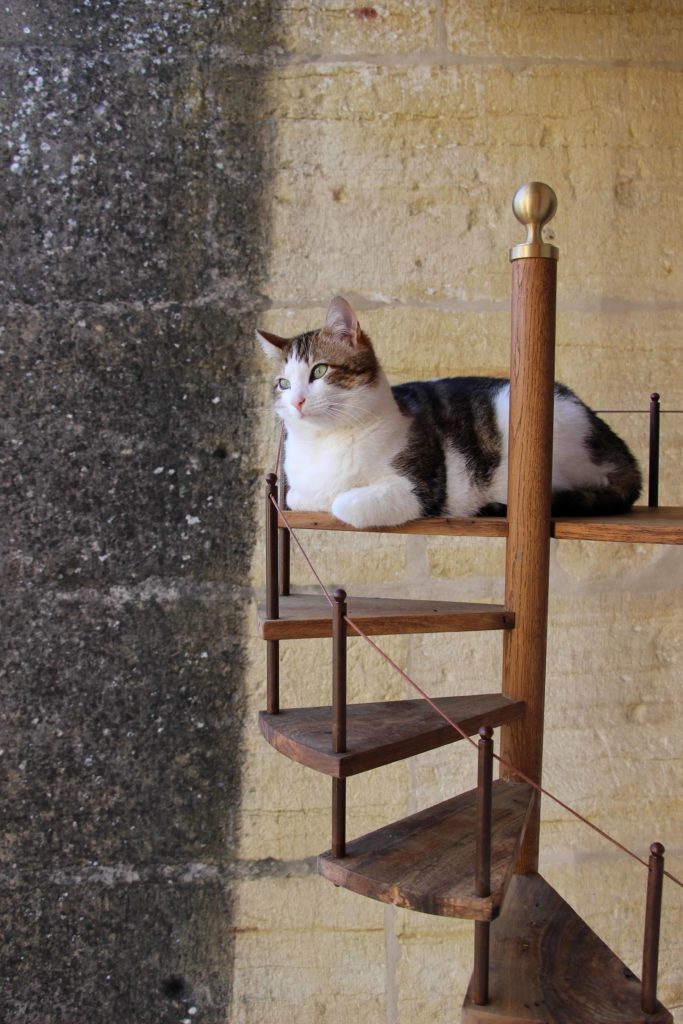